Yesterday was another learning experience for Dan and me.


Toby asked us if we wanted to ride along while he checked the previous two days prescribed burns to make sure everything was as it should be.


We managed to see parts of the refuge we had not seen before and most likely will not see again.  The fire break lines are VERY rough and we don’t want to be the ones to break an axle!  I was riding in the back seat and with every bump (of which there were many) I would thump my head on the door area.  I finally decided since we were NOT on a main road, my seatbelt was coming off and I was sitting towards the middle.  Ahhhh…what a relief.


As luck would not have it, my camera was back in our 5th wheel.  I say that because we came upon a large tree that was burning thru at the base.


Toby backed  his truck up to the tree and started the water pump which is in the truck bed.  Keep in mind the truck had been parked in a heated shop all night long and should have worked.  NOT.  No water would come out the hose, so he looked it over to see which way it was leaning should it come down.  He figures if it burns thru and comes down, it won’t be in the way of anything else.  This area is only accessible by foot to the public.


Then we were “touring” the wild life drive and came upon this particular tree.  It had a pretty good fire in the base of it as well and the backside looked like it had been damaged by lightening at some point.  Chances are/were very good THAT tree eventually would fall and it would fall across the wild life drive which IS accessible to the public by vehicle. 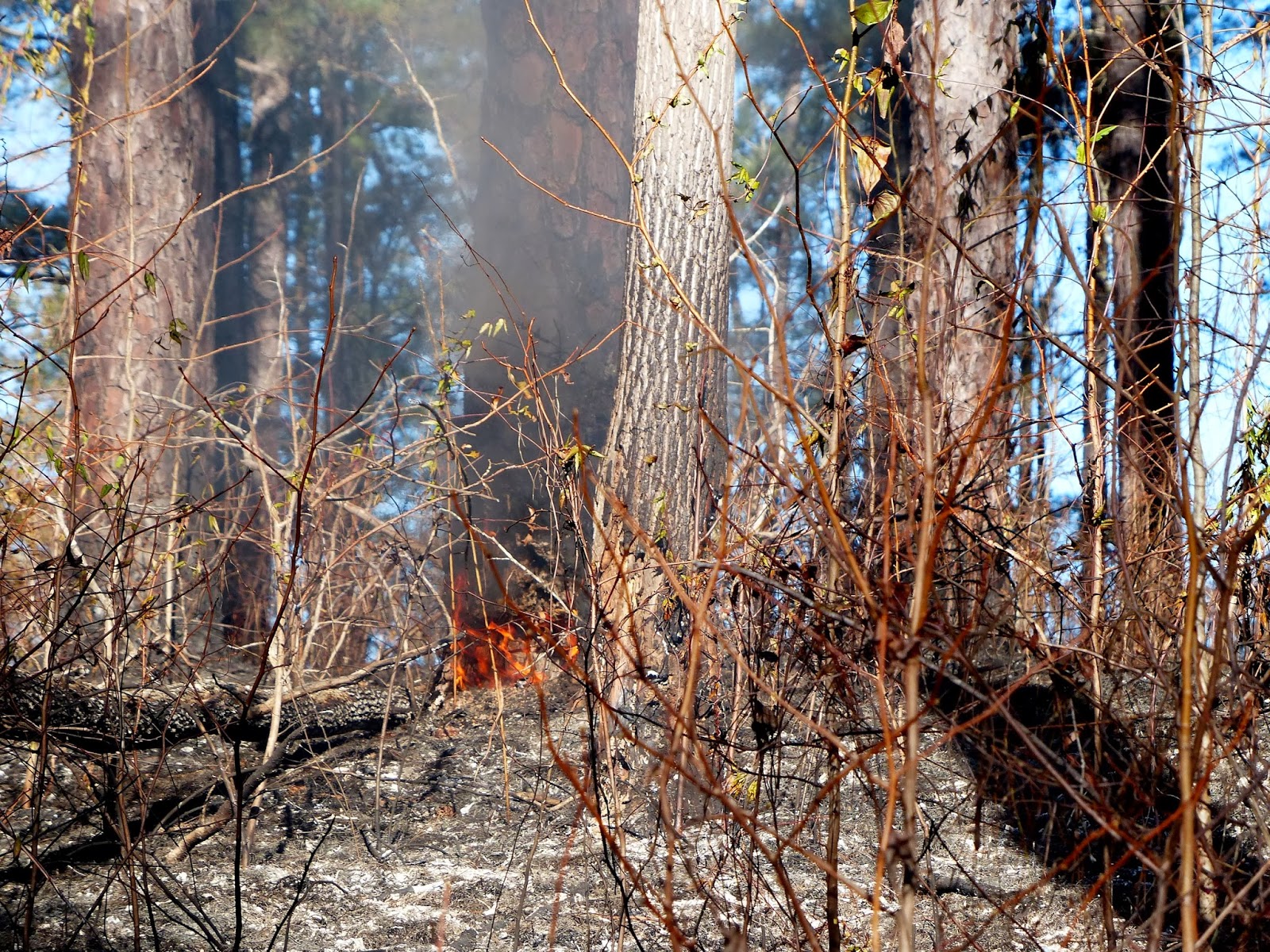 Since he already knew that the water pump was frozen the next option was to head back to the shop and get some fire shovels and hoe as well as water in buckets.


Once we returned to the tree, Dan and Toby started digging dirt and pouring water on the dirt to make mud.  Then Toby would stuff the mud in the base of the tree to assist in putting out the fire.  It didn’t really take long, but he also took the “hoe” and scraped out the inside of the tree where it had decayed. 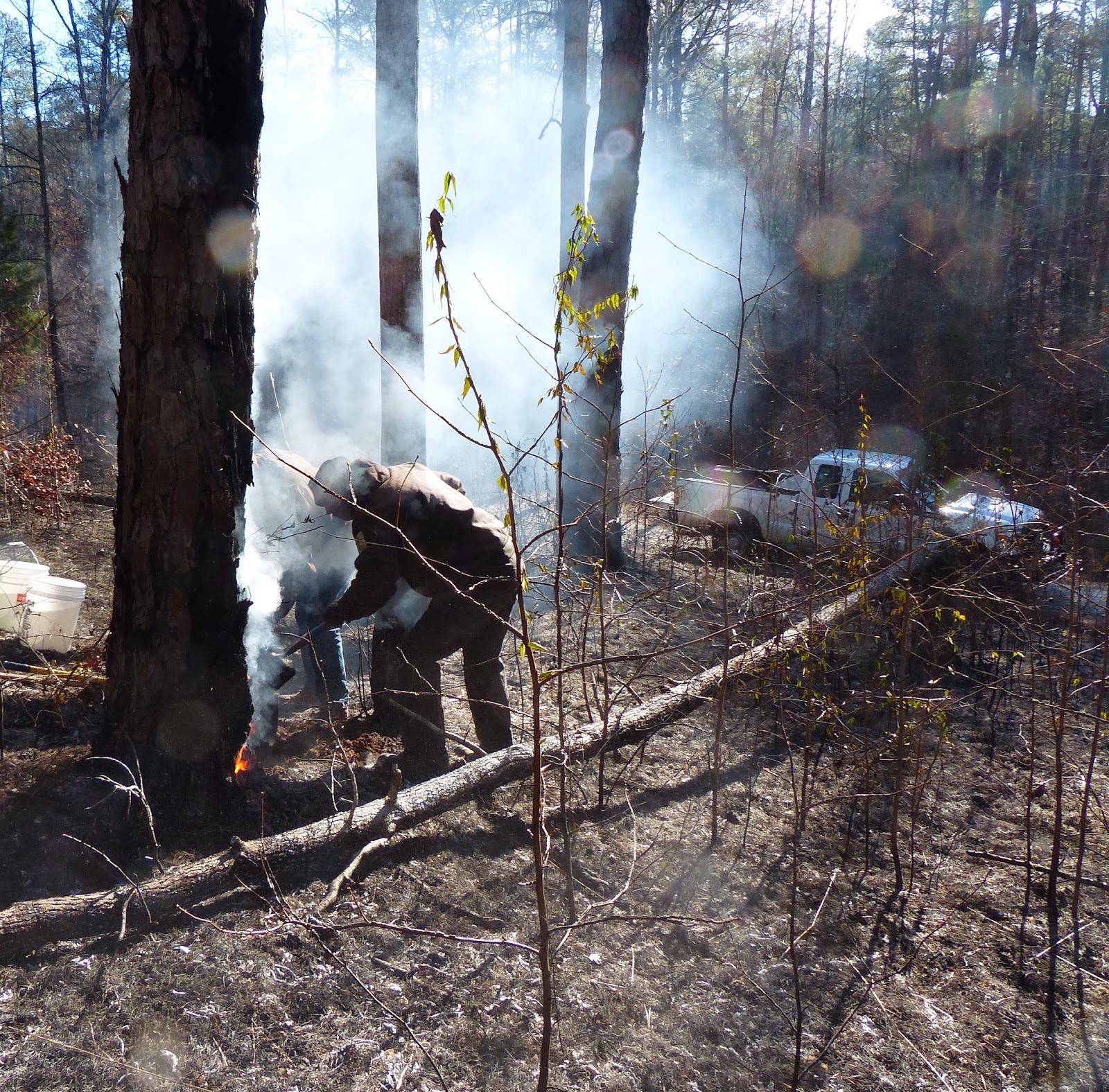 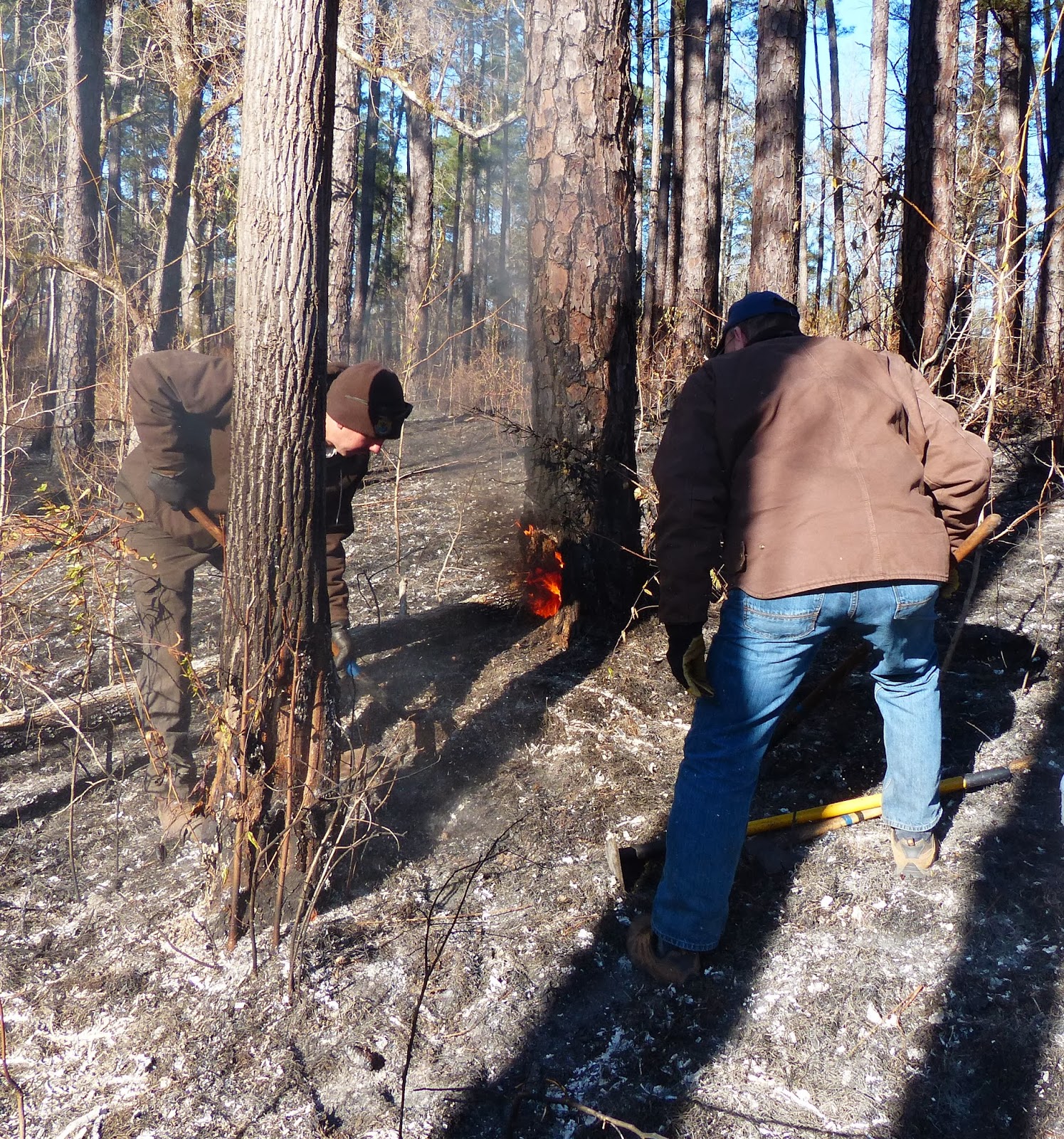 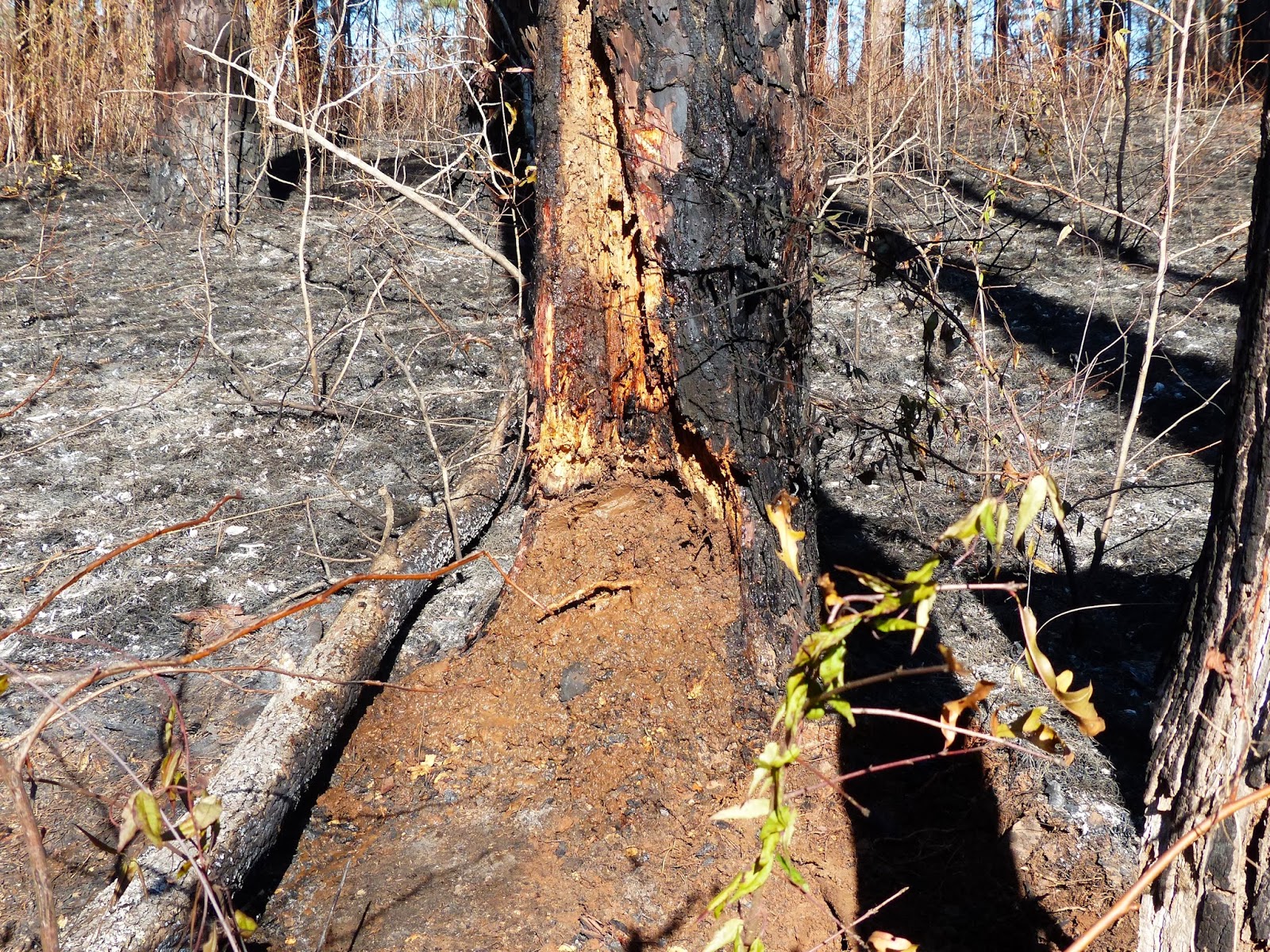 Me?  I stood by and took photos.  I’m such a hard worker!  Really there wasn’t much of anything that I could do!
The day before yesterday, I worked in the office doing inventory of exotic and endangered species parts.  Mainly what I was handling was all kinds of ivory.  The refuge’s use these confiscated items for teaching/learning programs at the schools or occasionally a class will come to the refuge.
These items were all confiscated over the years from people trying to bring them into the U.S.  I was inventorying zebra hide, polar bear hide, leopard hide, ostrich feathers that had been dyed and made into a fan, stuffed little alligators, alligator purses, cobra hide, python pillow cases, impala antlers that had been made into various things like a corkscrew handle for opening your wine.  There were lizard hides, belts made out lizard hides, purses made out of python and alligator, one big bunch of lizard hides that had been processed but nothing had been done with them (the lizards belong in the monitor family).  I came across a walrus molar, a tusk off from an African wild bore…and I cannot remember what all.  There was a very soft kind of a blue/gray colored have briefcase…elephant hide.   And THIS was just a small sampling of what is brought into the country!
As much as all of this was fascinating, I hated the thought of where it came from; what I was handling.
The ivory carvings are amazing, but then you think about what happened in order to make that carving and it made me so livid.  ONE little trinket that I had in my hand had a price tag on it of $12,900.  There are ivory scrimshaws, intricately carved ivory necklaces; just about anything you can imagine in the jewelry line.
There are also two small ivory tusks (maybe about 4-5’ long) as well as a large sea turtle shell that had been carved to look like Bob Marley.
I got the inventory done, everything put away in the proper case and the next thing I was to do was find photos of each one of these animals WHILE THEY WERE LIVING (and I did not name all of them to you).
I spent a couple of hours yesterday online at the refuge office finding photos of each critter.  They need to be at least 1500 pixels in order to copy them large enough so they won’t look fuzzy.  The hardest ones to find were the cobra, the ostrich (except for dumb looking close up photos of their big fuzzy head!), and a green tree snail.
My next project is to find a middle school age worthy description of each critter.  In other words, don’t go over their heads with it and keep it simple.
So that’s what has been going on with our refuge adventures.
Our personal adventure is one of keeping the propane tanks filled and the water lines thawed out!  So far, FORTUNATELY, the only line we have trouble with is the cold water line to the kitchen.  This morning was quite a time getting it thawed out.  However, having the heat go off about 2 a.m. for I don’t know how long didn’t help.
I woke up realizing I hadn’t heard the furnace in a while.  And even though we shut our bedroom doors at night so we DON’T get a lot of heat in the bedroom, it felt really cold.  I got up and the rest of the 5th wheel felt really cold too…DOWN TO 41 DEGREES in here!  I don’t know why it is that propane always runs out in the night.  But at least we had another tank to take over.  Dan COULD have them both open at the same time so it feeds off from both of them, but then he is worried that he might not be able to figure out which one was closest to running out of propane.  I guess that makes sense!
Well, this is laundry day so I better go over to the “blue house” and check the dryer.
Keep in touch!!
Posted by Cathy Clementz at 11:17 AM