We are in Cleveland, TN and it is HOT!  At least everything is not green with pollen.  I will have my work cut out for me when we get home.  Cleaning this 5th wheel will be a real treat with green IN EVERY NOOK AND CRANNY.

The pleated shades will be especially interesting to clean.

You will never guess what I have??!!  It is dark purple in color and kind of bubbly.  I actually have about 2 shots of wine!!!  I've had a hankering for wine so about a month ago we bought a bottle of black raspberry wine.  Then I got sick and was on meds for a while and I didn't want to try it then.

As it is I probably won't drink much at a time due to my other meds that I am on, but it IS refreshing on a hot afternoon.

We did something the other day that we haven't done in over a year...we stopped at a McDonald's. I wanted to try their new "McWrap" and Dan had their Angus burger.  The wrap inspired us to buy the stuff to make our own.  It is really good!  But instead of chicken, we have some very nice, thinly sliced beef that we will use, and of course there will be lettuce and tomatoes and I bought a cucumber because I thought that would taste good on it.  I purchased two different kinds of dressings.  One is a 3 cheese lite and the other is cucumber ranch lite.  They aren't really specified as salad dressings but as "anything dressings".  We purchased 10" wheat tortilla wraps to put all the stuff in and that is what will be for supper....later....when it cools off to about 75 instead of 88.

The past two nights while at Indian Springs were very pleasant sleeping nights.  The frogs were chirping all night long and there was a gentle breeze.  By about 4 a.m. we'd both be reaching for the covers, but it was so refreshing!!!

We are seriously considering putting our application in at High Falls State Park.  We like the park and it looks like it would be a good place to be.  That would not happen until probably fall of 2014.  And Dan said if Marshall is still at the SAM train, that he wouldn't mind going back there from about mid January to the first part of April, so that would be about 2015.

Reservations for camping this season are coming in pretty well, so hopefully the summer will be a good one and time will pass quickly.  I am SOOO ready to retire and head off to Alaska (bucket list for both of us!!). 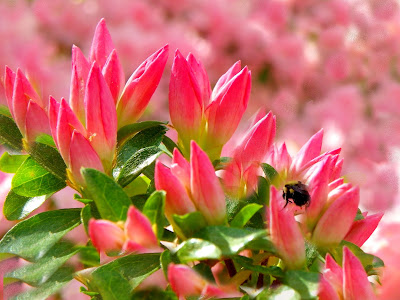 Bees enjoying the buds of the azaleas. 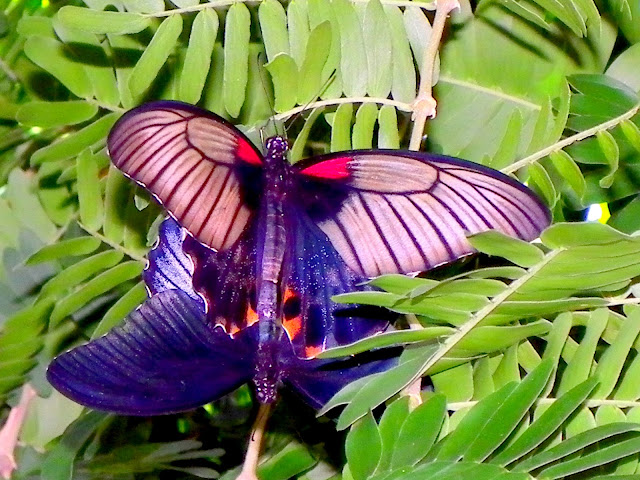 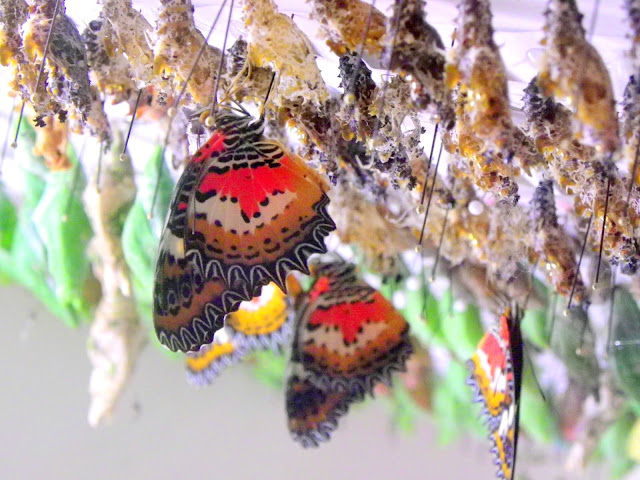 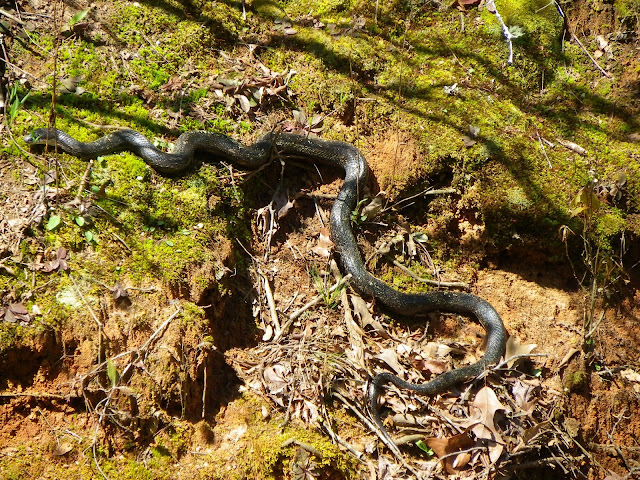 A surprise on the trail....

Posted by Cathy Clementz at 5:12 PM