NOISES IN THE NIGHT


Dan and I had a very late night (well for US anyway) last Thursday.

However, about 2 minutes after getting on the highway, things came to a standstill   Traffic INCHED along for over an hour before being able to get going again.

Morning came earlier than normal, or so it seemed.  Dan got up about 6 a.m. to get ready for work, and out of guilt I got up too.  I would have LOVED to have just stay put!

By that evening we were both really tired.  Neither one of us could hardly keep our eye from drooping (just one eye…the other one was watching TV).

At 7:30 I told him that I was headed for bed and he said he wasn’t far behind me, but wanted to watch TV for a while.

I must have gone to sleep as soon as my head hit the pillow.  I don’t remember ANYTHING till I heard this dreadful squawking noise.  It sounded like a female opera singer had caught her glittery neck scarf in an old wringer washer.  Then I heard other little sounds; little thumps against the side of the 5th wheel.  This was followed by large mouthed owls going ‘WHATT?WHATT??’ instead of “HOO-HOO’.  Cows about a mile down the road started bawling for their babies to come to their sides.  You get the idea of how alarming this sound was….

I took all of this in in just a matter of seconds.  While I lay in bed in my motionless panic position, I finally found my voice and yelled out to Dan “WHAT the HELL WAS THAT??”

Then I heard that awful sound again!!!  Followed by more thumping against the 5th wheel and little thumps on the roof.  I finally figured out that the thumping was bats falling from the sky as this commotion had totally disrupted their built in radar echoing system.

By this time, I had also figured out what that dreadful shrieking was…it wasn’t the wild man of Borneo, it wasn’t an opera singer with anything caught in anyplace and it wasn’t even a whirling dervish or some kind of a scary creature you only hear in movies.  Nope, it wasn’t any of those.

His birthday is next month and his present had arrived that same day.  I couldn’t wait to give it to him and he actually appeared to be anxious to find out what it was.

I GOT HIM A CONCERTINA AKA SQUEEZE BOX!

Even though he had tried it earlier in the day (neither one of us knows what the hell we’re doing with it, but we’ll have fun figuring it out…that or it will make a good door stop….good thing it was ½ price!), he decided that evening, he would “serenade” me with whatever notes came out of the end of his fingers and was magically conveyed into the keys on the squeeze box…which weren’t any notes that either one of us were familiar with.

We are now aspiring musicians…him with his bright red squeeze box and me with my new 20 key harmonica.  His came with a nice box and my harmonica has a nice zippered case.  We will be the ultimate in campfire fun!  NOT!

When he gets better, would you like me to send him to your neighborhood?? 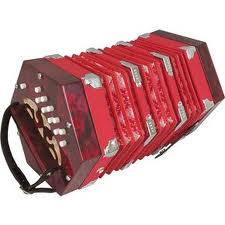 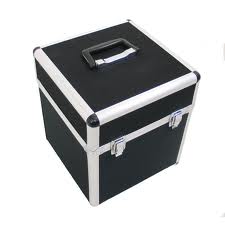 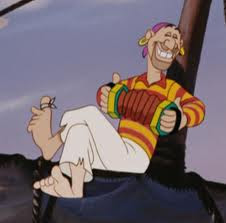 Posted by Cathy Clementz at 8:19 AM