While we were out in the woods at Piedmont NWR yesterday putting the trail sign numbers up (whew!  that was a long sentence and I'm not even done yet!!), Dan started brushing at  his face and said he thought he ran into someones fishing line.

Since we weren't anywhere near a lake we knew that wasn't possible.  I didn't think too much about it and continued putting the washers and bolts and the signs I was working on.

As I was headed back to the truck, Dan said "Don't go that way!  Get your camera!"

He pointed to this; 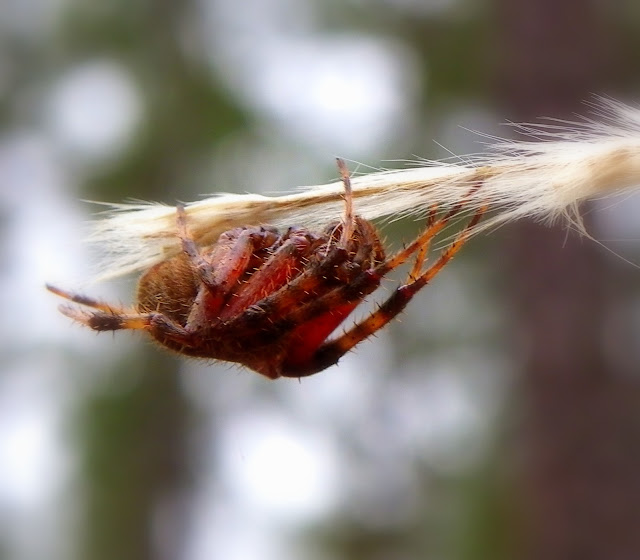 So, I was being very careful taking photos of this creature and as I was getting closer, it decided to follow it's "fishing line" back to the tree that the other end was attached to.  I tried to get shots of it scooting across because it did so while hanging upside down.  It had a very interesting belly.  The shots I took did not turn out, but when he was about 3/4 of the way to the tree, he actually "cut" his line!  You could see him doing something and we weren't sure what until the line to the plant was severed and he scurried onto the tree. 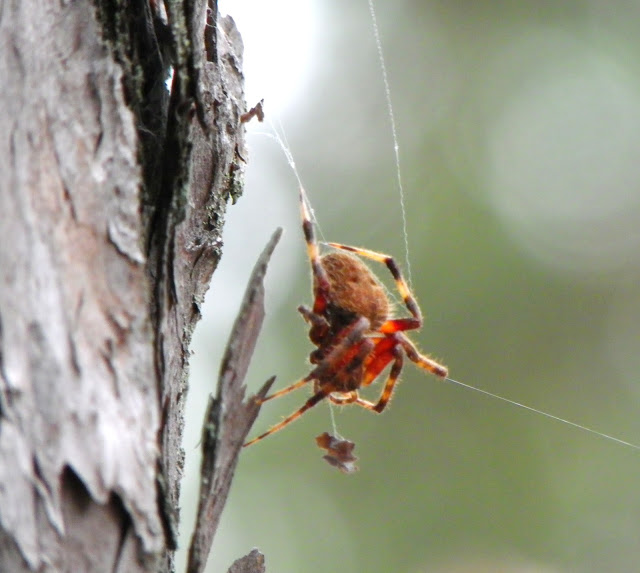 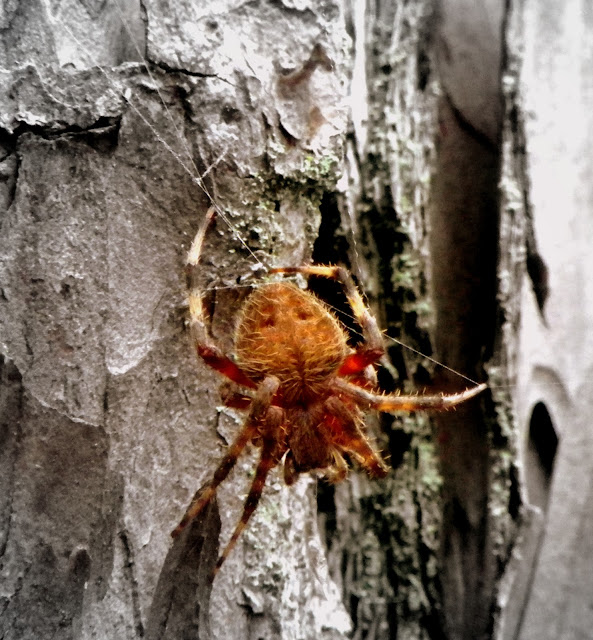 Any-hoo, we finally finished putting up the signs on the North side of the refuge.  Now, we just need to go back and weed whack, rake, and clean around the signs and gates in preparation of when the fire crew starts prescribed burns.  We won't be here for that this year but we will next  year!!

We will be sadly leaving here January 4th and headed to Cordele, Ga to do our next three months at the SAM Shortline RR.  The site we have chosen is NOT in the Veteran's State Park, but up on a hill, behind a big locked gate and not too far from the train and train station.  Pictures eventually!!!

But here are a couple shots of the train we will be working on.... 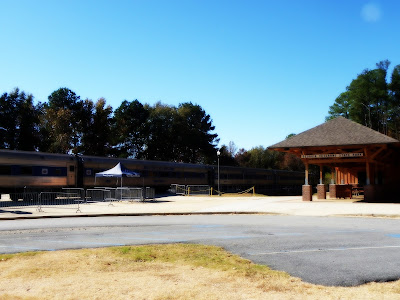 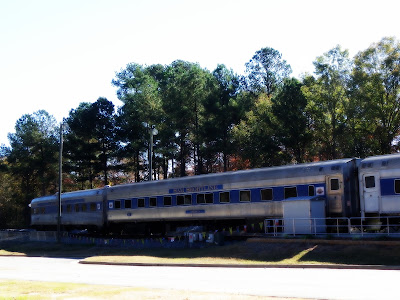 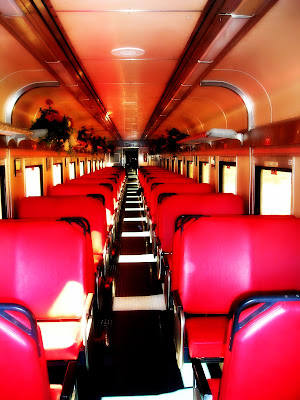 This Thursday is the Christmas dinner/potluck here at the refuge.  Toby is going to deep fry two turkeys, yummy, eh?  I was going to bring my mac and cheese but Matt beat me to it, so I'm bringing my sticky stuffing, plus Dan and I have had something Fed-Ex'd that is due to arrive tomorrow.  It is an "up north" delicacy but I don't dare put it here in case someone might read it that I don't want to see it!  Any ideas what it might be??

More another time!
Posted by Cathy Clementz at 6:41 AM