Some evening last week, as we were playing TV roulette, we finally just decided to stick with the Georgia PBS station (only they call it something else here).

What had gotten our attention was they were trying to sell memberships and as incentive they were "giving" you the Motown History CD's.  And of course, they were showing old, and I mean OLD, "videos" of various Motown performers.

The Four Tops with their Sugar Pie Honey Bunch really took me back...I really get nostalgic when I hear "our music" (but  yes, I DO listen to Pink and a LITTLE bit of Lady Gaga).

The music took me back to the high school gymnasium where there would be a dance on Friday nights after a home game, be it b'ball or football.  As soon as the game was over, all of us that planned on going to the dance took the same exit out of the gym as those who DIDN'T plan on staying for a dance (AKA, adults..except for the chaperones).

By the time everyone had cleared the gym and the bleachers were pushed back, and sawdust was thrown on the floor, they would finally start collecting our 50 cents per person so we could get back IN the gym and dance.

It was usually around 10 p.m. before the dance actually started...and I had an 11 p.m. curfew.  And it seemed Dad was ALWAYS there LONG before 11 p.m. (this was before I was allowed to date).

I guess I should have appreciated the fact that I was even allowed to go because now if I had to go after someone at 11 p.m., I think I'd tell them to take the bus!  I LIKE MY SLEEP!!! 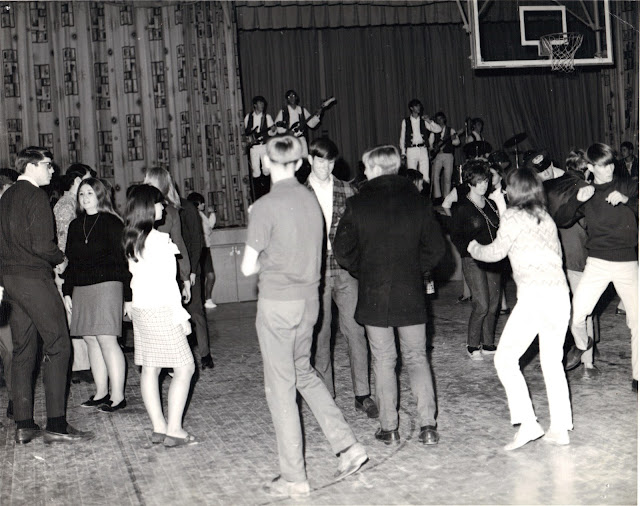 Posted by Cathy Clementz at 7:10 AM