We made it to our “winter home” on Monday afternoon.

We work the next three days from 1 p.m. to 9 p.m. at the deer check station.  And the following week we work the same hours.

It happens that my ^)th birthday is on Saturday so we won’t do anything about it till Sunday when we are off.  The Green Tomato festival is at Juliette starting on Saturday so we’ll be able to go to that on Sunday.  There is a Greek restaurant in Macon that I would like to try so we may go there on Sunday for my b’day.

It is HOT.  It cools off about 2 a.m. so by then it is comfy sleeping weather.  Right now, it is 82 degrees.  This weekend there is a cool down expected and highs are only supposed to be in the 60’s at some point this weekend.

You know how much I hate spiders, but you also know that I have a certain fascination for their handywork…webs.  I love to photograph the spider webs and if I can catch a spider in that shot, so much the better, but believe me I do it from a safe distance.  Since I always have my camera around my neck and not just holding it by hand, if a spider jumped on my camera, I would be screwed.

I spent a lot of time researching Georgia spiders trying to figure out what this one is, and the only name I can come up with must be in Latin or some foreign tongue.

According to what I came up with, this spider is called
Scartdeshe-Etouta-Moi

I know what the translation is…DO YOU??? 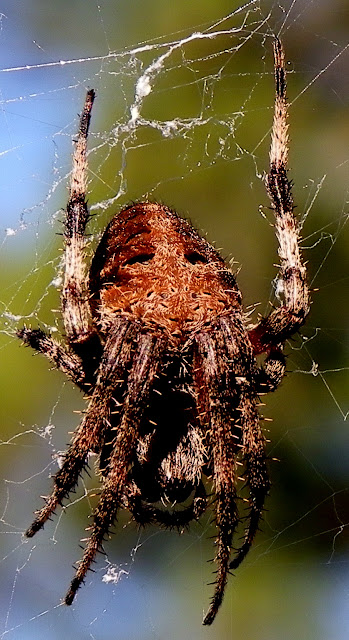 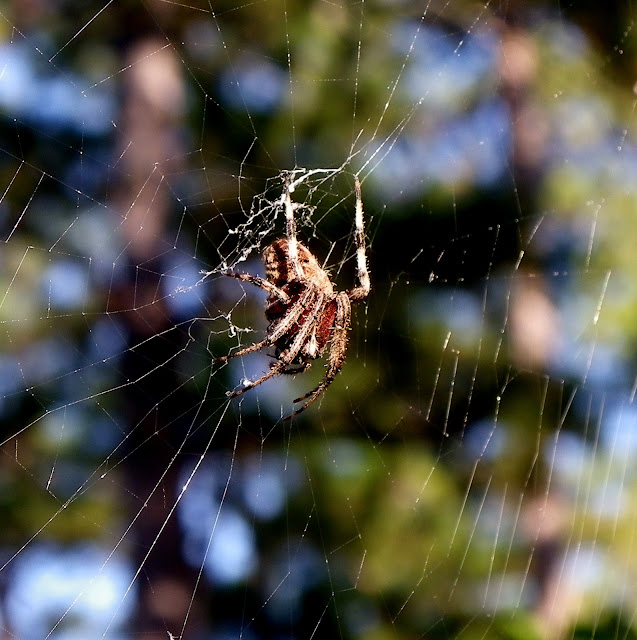 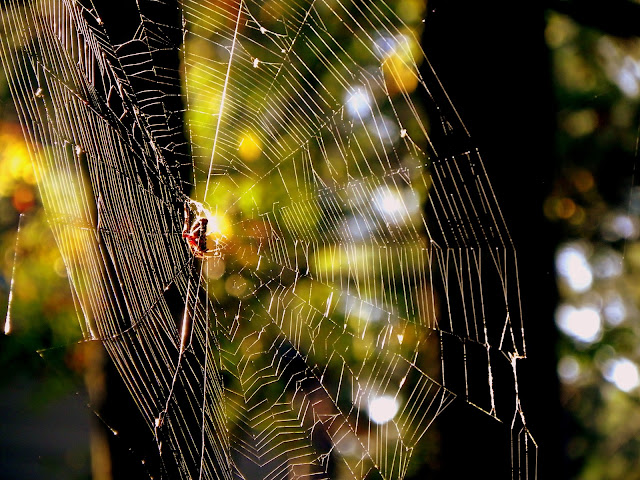 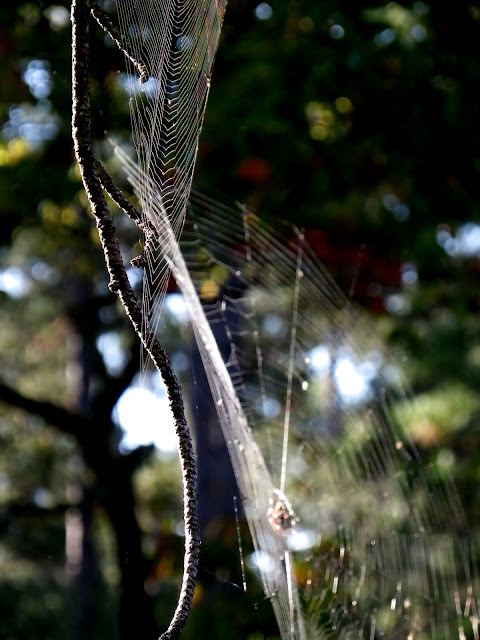 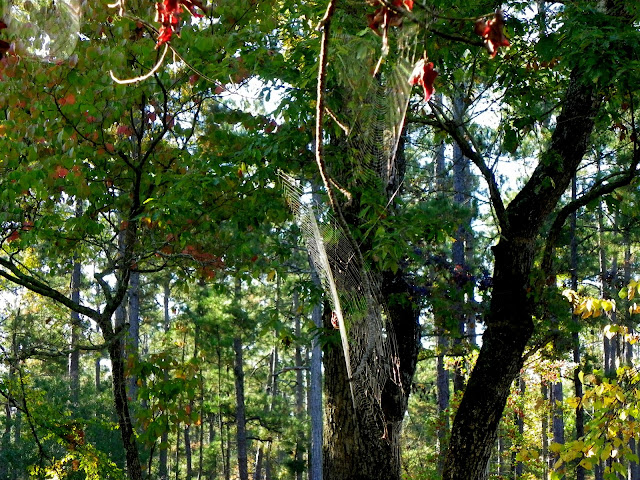 In the bottom photo, if you look in the upper left corner, you will see another web. It appeared "he" was the only spider there, so I can only assume he was running 3 webs.

So, we're getting settled in and figuring out where to put everything.  We've managed to catch up  with everyone except Toby (I THINK he's hiding from us), Carl and Glenn (Glenn is off due to rotatorcuff surgery).  We haven't seen the two LEO's but we really didn't see them much when we were here before, but I'm sure with hunting season starting tomorrow and campers pulling into the Federal "campground" we will see one of them or both of them at some point!

Keep checking back!!!
Posted by Cathy Clementz at 6:27 PM