GOF..another acronym to add to your list.  I normally reserve this for Dan when he is having a bad hair day (hard to do when one is basically bald).

It stands for Grumpy Old Fart.

I only had another 30 days to go, ONLY 30!!  I hadn't wanted to reach out and throttle anyone yet this year; came close to that feeling a couple of times, but not to the point of watching myself in my own little mind actually doing it.


They wanted w & e with cable, which I didn’t have any sites left except a 20 amp.  She finally agreed to take just electric (for the one night they were going to be here) with CATV.  She couldn’t find her GS card so tried to give me her GS road assistance card.  I told her that wasn’t what I needed and that I could look it up on line (by now there were 3 other campers in our HUGE lobby needing assistance).  She said she had it on her cell phone.  I told her politely I still would need to look it up, which I did.  I finally found it after she gave me the correct zip code (I had found 2 others in  her name under a different zip that had expired).  She and I actually were  having a decent conversation, so it wasn’t like she was mad.

She wanted to fill up their tank on the way to their site (they had a very small MOHO).  I told her where she could do that.  About 15 minutes later, her hubby came in and said there isn’t any water coming out of that hose.  I never gave it a thought to ask him if he had turned the faucet on.  Anyway, Dan went out and showed him there was plenty of water coming out of the hose.  The guy then said something rude about Dan being a work camper to which Dan replied “I’m the owner”.

Then the man wanted to know if where his site was he could use his Verizon wifi card.  Dan told him Verizon doesn’t work up here.  The guy even wanted to argue about that telling Dan that Verizon works anyplace, etc.  Dan just let  him go on and walked off.

They finally got to their site and within 10 minutes he was walking up here with big strides for an old guy, walked right by the sign that asks guests to please use the sidewalk, so came thru the yard and wanted to know how to get online.  I gave him the coupon pass info and as he started berating Tengo Internet and anyone who  uses it.  I told him we don’t have a lot of choice here as to how to manage our bandwidth, etc.

I politely asked him when he went out if he would please use the sidewalk instead of cutting across the yard.  He said “WHAT?  You’ve got too many damn rules!”  By this time I had had it, so I said “Possibly you’d be happier if you just checked out and I give you a full refund.”  He thought that was a “dandy idea”. He also said he writes reviews on line and he would be sure to tell everyone how unfriendly this park is and that no one would want to stay here because of the rules.  He would be calling Trailer Life too.  He said they would be heading to the KOA down the road.

I asked for his credit card so I could refund.  He didn’t have it, his wife did.  So about 15 minutes later he was back (again I had other people in the lobby I was checking in so he had to wait).  The guys that were in the lobby were all on motorcycles and were very happy to be here, looks like a nice place, etc etc…saying all of this in front of the older man.  PLUS WE HAD A GOOD SAM GROUP HERE WITH ALL THEIR FLAGS OUT.

It was finally his turn and he gave me the CC, I verified the last 4 numbers matched the original sales slip and refunded him his $21.80.  (Dan said I should have charged him for the water fill up which is $5.00 for people not camping here).  I pointed out to his receipt that it said “refunded” and thanked him.  He thanked me.  About 15 minutes later, they were  headed south down the road towards Newberry. 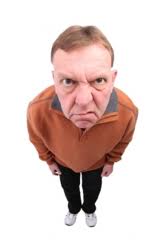