TAKE A WALK ON THE WILD SIDE

It isn't too often that I am able to get out of the office (this time of year) and actually go for a walk in our woods along our nature trail.

But Dan had enticed me with tales of huge white dragon flies by the lagoon, so I wanted to go see them for myself and hopefully get some photos too.

I took the "backside" of the trail so I hopefully could come up on the west end of the lagoon, thru the trees where I wouldn't scare off any critters.  There is also a family of ducks residing there and LOTS of turtles and frogs, etc.

I saw the turtles, and then they saw me so they were gone.  It took a while for me to see the dragonflies.  I have never seen dragonflies like these.  My sister says they have them downstate on their pond so I know they are not mutant.  They were all over, and flitting around like crazy.  They'd skim over the top of the lagoon, fly around in circles, never landing where I could get a good shot of them.

But, while watching them, I also saw this very cooperative, photo-genic frog at the end of the lagoon.  He had something sticking out of his mouth that he kept "scratching" at with his front left "foot".  I thought he had a stick in his mouth so it wasn't until I got the photos loaded on the computer that I could see it wasn't a stick.  It appears to be another frog!!  What do you think??

Come up with a caption for this photo!!  Mine is "I bit off more than I can chew!"  Others that I've had post on my FB page were "Taste's like chicken" and "I've stuck my foot in my mouth again!".

Here is the BIG old hungry, cannibalistic frog!  And he will be followed by a shot or two of the dragonfly. 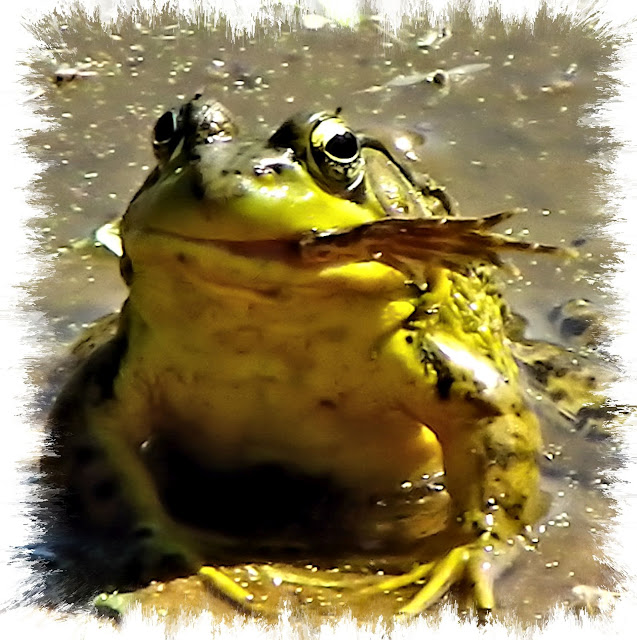 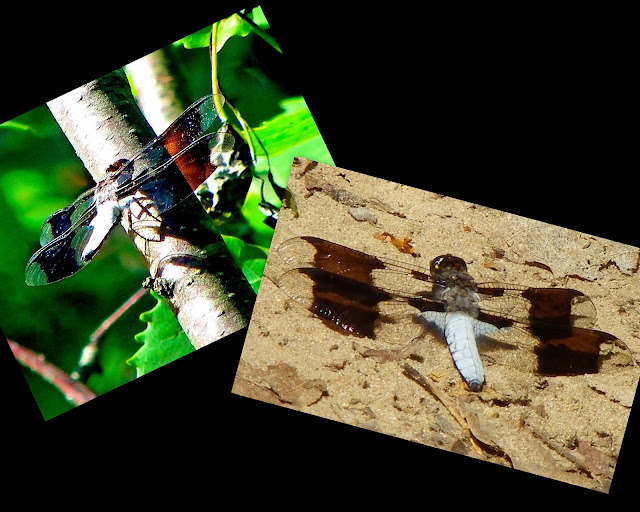 And then, I was lucky enough to get a shot of a bluebird who looks like he is fit to be tied! 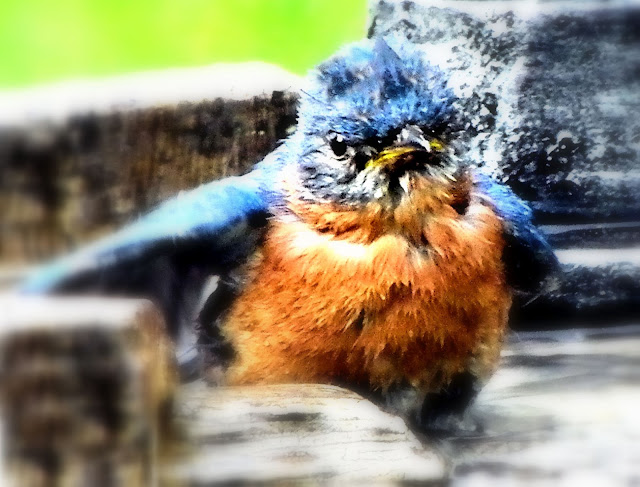 Posted by Cathy Clementz at 8:20 AM