For non-campers, the biggest reason is because of the restrooms and showers not being clean, or possibly the owner just wasn't in a good mood the day they checked in.

For us, our repeat business has been many things.  It is because of our cleanliness, or spacious pull-thru- sites, our location and that we TRY to make our guests feel at home.

But we have one repeat guest who hasn't been here since probably 2006.

She just called to make a reservation and told me that they had camped with us a couple of other times, and wondered if I remembered what site they had used before.

While I was taking her information, I was trying to place the name and a face.  I am TERRIBLE with names.  I will recognize your face or your RV, but names don't stick.

We were talking as I was getting her info and she said "I hate to ask you this, but do you still have Nick?"  THEN I remembered who she was!!

The first time they were here, Nick, our Husky, sang for them and she thought it was wonderful.  He could really hold a note and sang loudly.   So a couple of years later they were back (they live in Pa.) and asked if they could video Nick signing so she could show her Grandkids.

By this time, Nick was getting up in years and wasn't feeling like he had as much to sing about as he did when he was younger, but he wanted so much to please people.  So he sang a little bit for them, but you could tell his heart wasn't in it.

We still miss them both terribly, especially when we think about the joy they brought to others, especially Nick.

But, it is nice to know that we were remembered as the campground with the "gorgeous singing dog"! 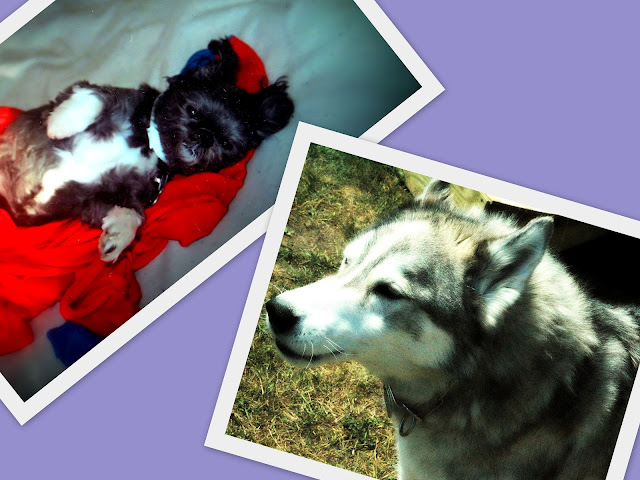 Posted by Cathy Clementz at 1:12 PM