I'm sure that is exactly what that robin was thinking.

I am going to post a few photos that maybe some of you might want to look away eventually, but there is a story to tell.

I was walking back to the house the other evening when something SWOOSHED by me and created such a draft, my hair blew...and I swear I felt a very light contact with whatever it was.  Just for a second I was extremely startled, but I quickly looked and found that a hawk was chasing a robin full throttle and I had been the "back stretch and coming round the far turn" position post.

The flight continued and the robin was flying for his life.  Then there were swallows that got involved and THEY were in hot pursuit of the hawk.  I have no idea where the robin went, but all of those birds apparently lived to see another day.

However, that same evening, there was a cowbird in our yard that was not as fortunate as those other birds were...but it did make for some great shots, even if they WERE taken thru the dining room window. 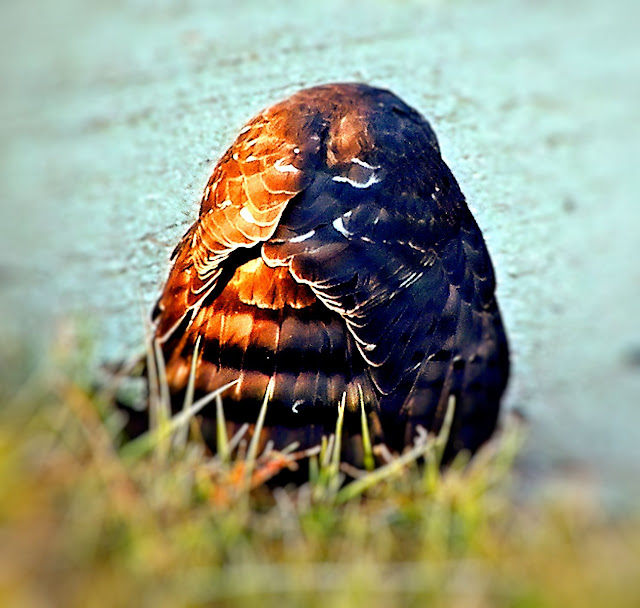 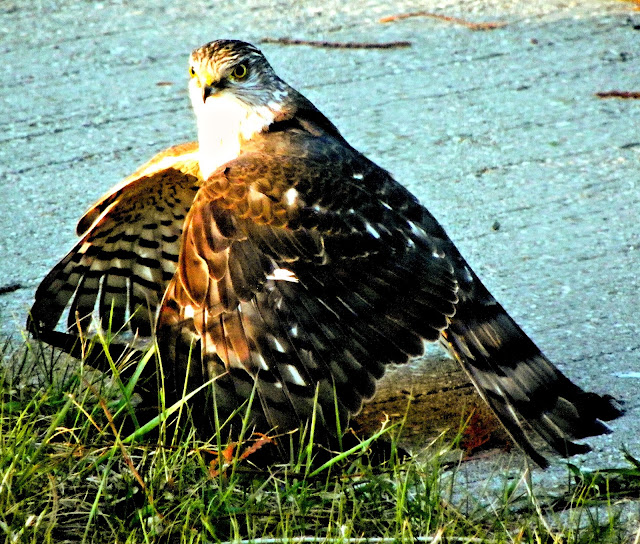 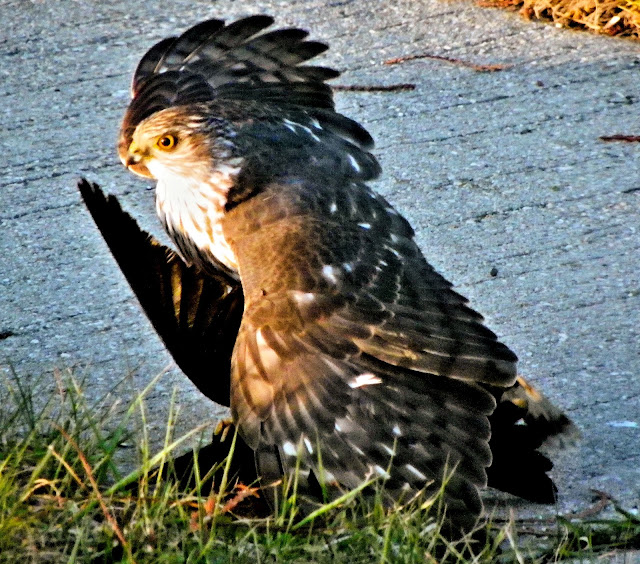 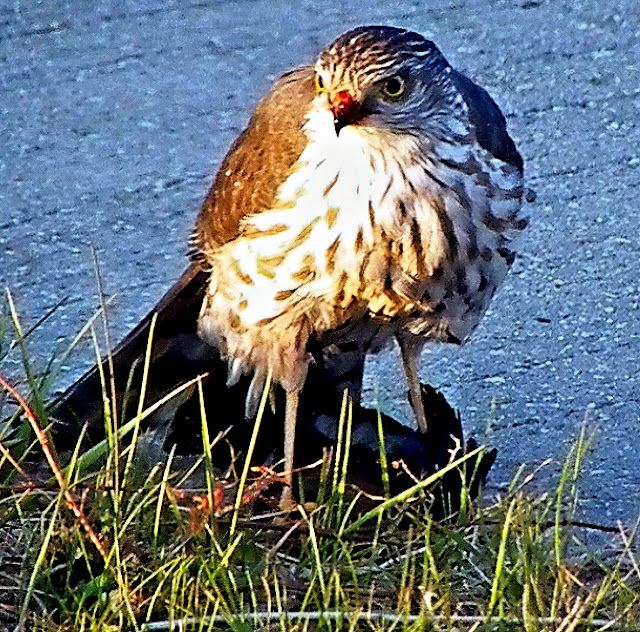 Posted by Cathy Clementz at 3:59 PM