ALMOST TO THE MICHIGAN LINE

Tonight, we are in a park at Van Buren, OH.  So far we have spent a bit over $240 on fuel to get this far, although about 250 miles of that driving was touring the Smokies area (not with the 5th wheel hooked on).  For a while the price of fuel was higher than we had been paying, then we noticed coming thru' Ohio it was a bit less.  But tonight, we filled up at a Pilot station and it was $4.15.  That is the MOST we've paid yet!

My tongue is doing better, but it has given a whole new meaning to "hold your tongue!".  There is something covering the hole in my tongue I guess you'd have to call it a tongue scab, I don't know what else to call it.  But that spot and under that spot feels like I've got a boulder the size of a truck tire.  And it just happens to be right where your tongue meets the roof of your mouth.  Very handy...not.

Since we had an early spring in Georgia, we are getting to see spring come in two times.  Lilacs are in blossom in Ohio as are the redbuds.  My sister, who lives in lower Michigan, said her lilacs had blossomed and were covered with snow.

Not much more to add for today, other than we are tired and my neck hurts like heck!  Dan said his eyes are bugging out of his head and we didn't even come that far today!  MAYBE HE STILL HAS YELLOW PAINT IN HIS LEFT EYE!?


Does anyone recognize this character???? 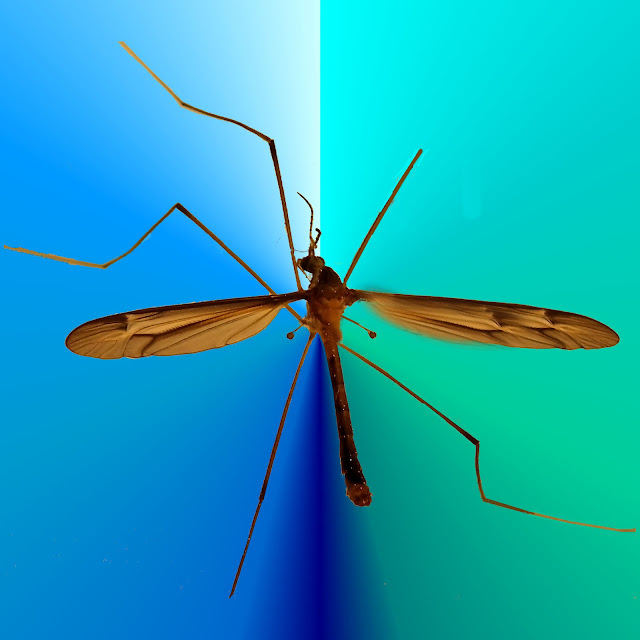 THIS IS A MICHIGAN GROWN MOSQUITO!!!