The other day I mentioned that I was busy hypnotizing bees while Dan was spraying sealer on one of the lodges.

There is a story behind that.

One of the people that I introduced to you is Glenn.  He was the fella in chaps with a bow on his butt.  I told you that you have to get up early to stay one step ahead of Glenn.  A very quick witted guy.

Last week, Glenn and Dan were working in the visitor center doing some remodeling in the auditorium.

The carpenter bees were busy outside the building trying to figure out how to drill into the new siding (it use to be cedar siding but bee drilling required a change, so now it is vinyl).  They would buzz around the windows, the doors, etc.

Glenn took Dan to one of the larger windows and was showing Dan a neat trick for Dan to try...Glenn proceeded to stare at this bee that was hanging outside the window and told Dan "If you stare at one long enough, you can hypnotize it.  Then you can reach out and grab it".  He didn't show Dan that part.

So, last weekend we went bee hunting.  Carolyn suggested we could stun them with a broom by swinging at one and making contact to knock it to the ground.

We took a broom and an empty jar and went out to get our bee..or bees.  They were zooming all over the place but they must also have eyes on their butt.  As soon as one would "fly still" in front of your face and you would swing at it, it was long gone.  I don't know HOW long this went on (I think until I fell down laughing at Dan) before contact was made.  However, it was a downward contact which pretty much killed the bee.

We put the bee in the jar and put the lid on it (OK PETA lovers, turn away now so you don't get angry).  It did finally die and we found another one to put in with it.

I wrote a letter to Glenn explaining that we must have hypnotized these bees TOO hard because they died.  But before the last one died, he buzzed something about turning us into OSHA because we hadn't had appropriate safety equipment on (ME, I needed a hard hat so when Dan made contact with my head I was protected).

I put the jar into a small paper sack and wrote on the outside to open at your own risk, you've been warned, for Glenn's eyes only and stapled it shut.  I took it down to the shop in the office and set it at Glenn's desk.

We did this on Sunday so Glenn would find it first thing Monday morning.  We haven't seen Glenn yet to see if he "liked" our comeback...but I'm sure we'll eventually hear something about it! 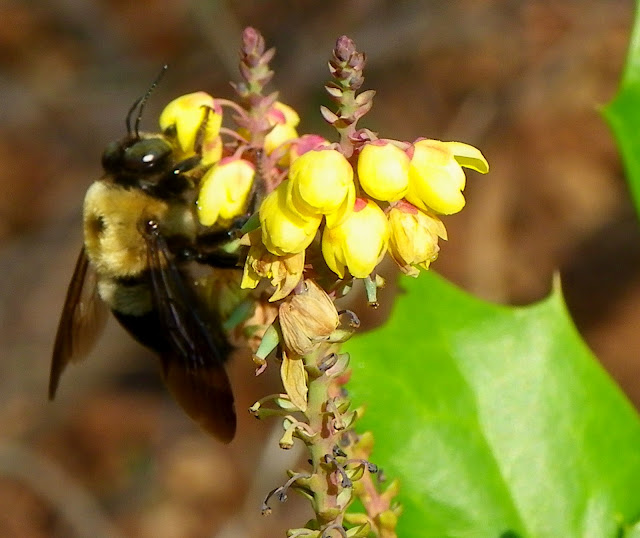 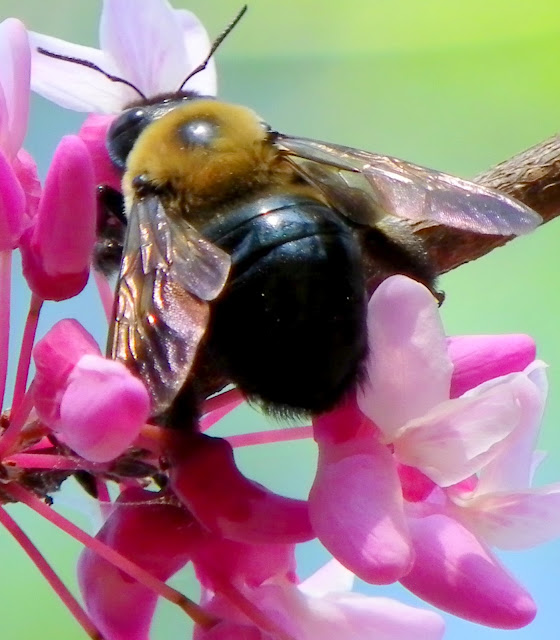 Posted by Cathy Clementz at 6:40 AM