Before I get to my big fish story, just wanted my readers to know that you spoke and I listened.  I reverted to more or less the same blog layout that I had before.  I still have a bit of tweaking to do, but it is pretty close to the same.  I appreciate your responses and emails and for those of you who ended up in the spam folder (on comments) I did find you and the vote was unanimous...GO BACK TO THE OLD STYLE!!!

So, anyway, Dan and I sort of went fishing yesterday.  It was a rainy, dismal day and one of our days to work.  So why not spend it out in the rain with fish?

Here are some photos of our catches! 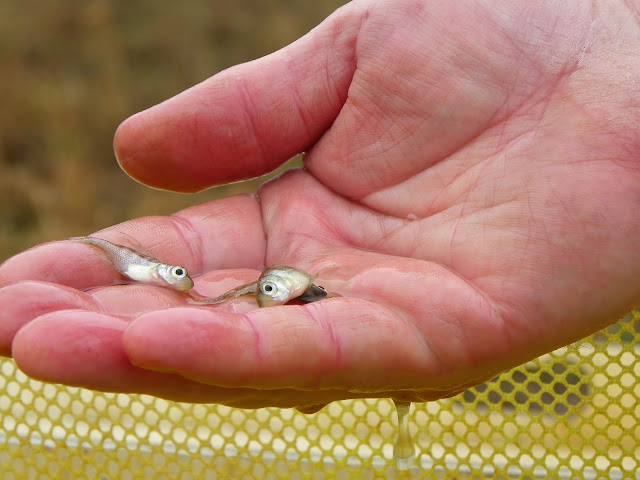 The photo above is of blue gill.  I'd never seen any that small!!! 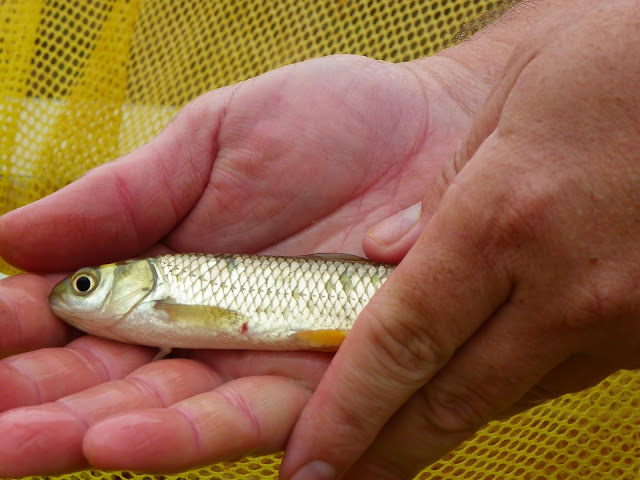 The photo above is of a grass pike.  I don't know much about them. 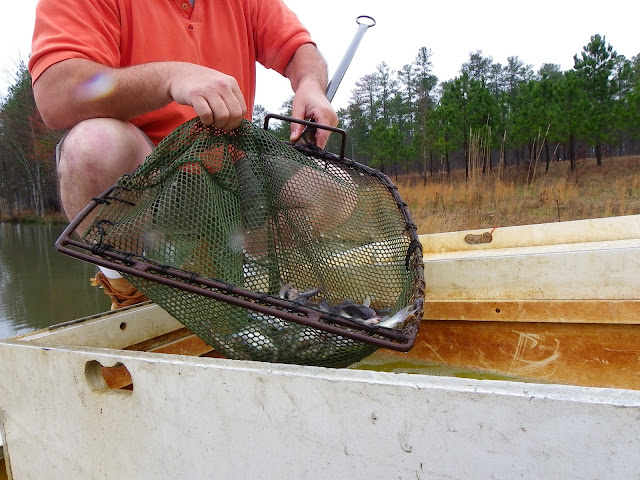 And last but not least (no those aren't my hairy legs), CATFISH!!!

Obviously we didn't go fishing, especially not this time of year on the refuge (closed for fishing right now), BUT fish were delivered yesterday and I had to count each and every one that went into othe water.

They shot out of a 6" PVC pipe that was attached to the boxes in back of this pick up truck.  There was a delivery of 800 bluegills, I can't remember how many pike and 2800 catfish.  I LOST COUNT AT ABOUT 162 ON EACH ONE.

Seriously, I didn't have to count them; Dan and I just had to show the fella where to "dump" the fish...and of course it WAS raining.  There were two different lakes that were stocked.  There will be another delivery on Tuesday of crappie.  They were expected yesterday too, but that load died.

As far as the catfish, the man didn't offer to hold any in his hand.  I asked him if the little ones can sting like the big ones.  He said they are actually worse because they are quicker.  NO WONDER HE DIDN'T HOLD THEM IN HIS HAND!

So that is our fishing story and we're sticking to it.