GETTING TO KNOW YOU

A bit at a time, I'd like to introduce you to some of the people that we work with here at the refuge.

It has to be a bit at a time due to my connection speed!  I'd be tired of waiting for photos to upload!

Each person has a reason behind the photo and I will put that "story" along with their photo...Enjoy our new friends!! 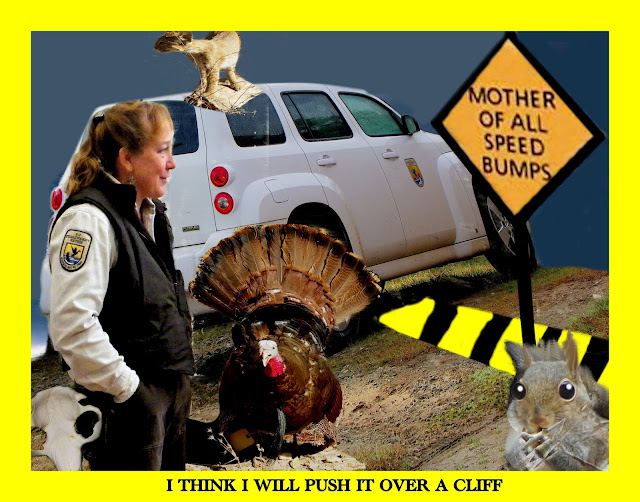 The photo above is of Carolyn, our "boss".  The story is basically about that HHR car...that is really of no use on a refuge, but the Powers That Be (Washington) thought that each refuge should have one because of the fuel mileage.  Can you imagine going down the dirt/gravel roads in that?  Or down the muddy roads??  Or carrying a bunch of firemen and their equipment?

Any-hoo, Carolyn had a presentation to make at an area school and loaded up the vehicle with a bunch of "stuffed" animals such as the turkey and the bobcat, some skulls, a deer mount and I don't know what else.

As she was driving into the school parking lot, she had to  go over a speed bump....no big deal...unless you are driving one of these little buggers.  SHE GOT STUCK ON THE SPEED BUMP!

I'm sure she made quite an entrance!!! 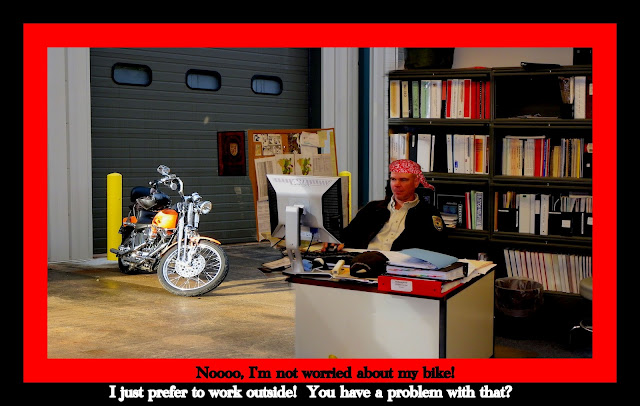 John is a prescribed fire specialist...and he knows his work.  Personable guy with a nice bike.  A very nice bike.  Dan admires that bike.  Weather permitting, John rides his very nice bike to work.  There really isn't a story behind this photo except for me to have some fun with John.  And yes, I did get everyone's permission before posting these! 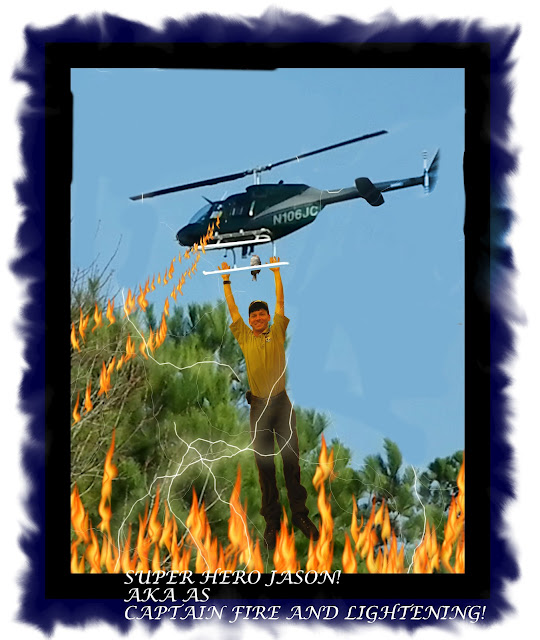 Jason is a forestry tech.  But as with everyone else, he wears a lot of hats...usually hard hats!  He climbs these LONG skinny ladders to get to the cockaded woodpecker cavities to get the babies out for banding.  He also rides shotgun (literally) on most of the helicopter burns.  If you look closely, you can see his legs hanging out the side of the chopper.  He is shooting out the "ping pong balls" that ignited the fire on the ground.

More another day!!
Posted by Cathy Clementz at 7:02 PM