GETTING TO KNOW YOU PART 3 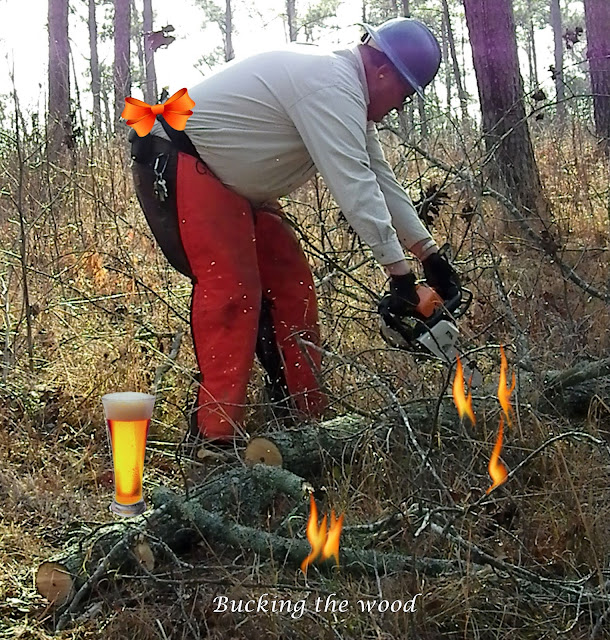 The photo above is of Glenn.  He is one of the equipment operators (spends a lot of time in a grader) as well as maintenance (and I don't mean janitorial kind of maintenance...although he does sweep the shop sometimes!!).

Glenn is a HOOT to be around and you have to get up pretty early in the morning to compete with his sense of humor.  I don't think I've ever met anyone as "quick on the draw" with a remark or a joke.  We hope he doesn't decide to retire before we come back in the fall.  I wouldn't want it to go to his head, but the reason we are coming back is because of him!  (Shhhhh).

The reason for his "decor" in this photo is because of a story he shared with Dan and I; about a biker in Sturgis, South Dakota.  It seems this male biker had nothing on but  his leather chaps...and a Crown Royal velvet bag "around his junk".  I didn't want to appear to brazen so I put the bow on the backside of his chaps. 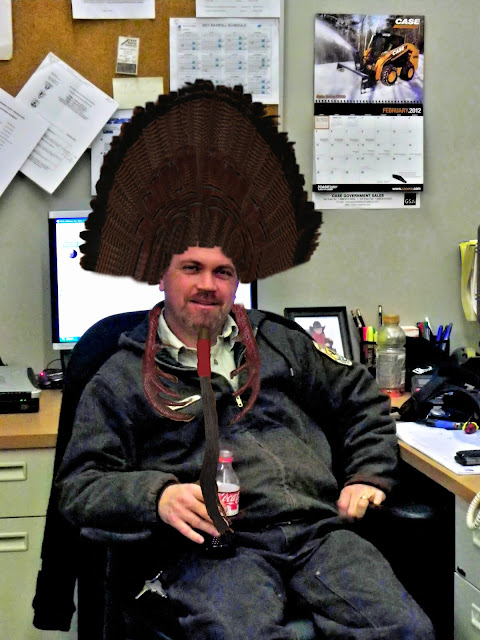 And this is Wayne; our roping champion.  He also is a heavy equipment operator and maintenance.  He's the fella on the horse a few posts back.  And he is an avid hunter.  Wayne has a couple of deer mounts, a duck or two and a beautiful turkey tail, spurs and beard on his office wall.  He will require a larger office at some point so the walls don't fall down around him.