PUTTING MY FOOT IN THE BANK

Friday was my trip to the Soo to see my ferrier.  Horsey people will understand...

I need new orthotics and have had this appointment set up for a couple of months.  I had hoped maybe I would get there in plenty of time that I would have had time PRIOR to the appointment for a bit of shopping.  I managed to hit all the lights on green going downtown and coming back.

TRYING TO FIND A PLACE TO PARK IS WHAT TOOK SO LONG!  We do NOT like that new parking garage.  Each of the 3 times we have been in it, it won't let us back out!  The first two times, we'd put our money in and nothing happened.  The last time, it didn't even give us a ticket when we went in but the gate went up,so when we came out we had nothing to give back.  What a pain...Are we THAT DUMB???

So, after about 10 minutes and 5 gallons of diesel, I finally found a spot I could fit the truck in and still be able to get out without crawling out the back sliding window.

I saw the Dr about 30 minutes after I arrived and was out of there in about 15 minutes.  On the way home, I needed to pick up  something for Dan at the grocery store, so I just stopped at IGA in Newberry.  I SHOULD HAVE JUST GONE DOWN THE  AISLE WHERE THE POLIDENT IS!!

You know we've been trying to "be good" as far as what we eat.  But GOOD GOD!  They had that scrumptious turtle pie on sale for about 1/2  price.  The buckets of ice cream were marked down from $8.99 to $3.99!  AND caramel syrup was on sale for $1.99 (got two of those!).  I finally remembered I needed some skim milk (mainly because I didn't want to look like a hog going through the check out lane) and Slim Fast.  Good cover up.  That and I used the excuse that my daughter and her boyfriend will be here mid week so I have to have stuff on hand for them (she isn't a sweet eater, but only you and I know that).

Yesterday morning, when I was coming back from my walk, I spotted all these wonderful spider webs on the ground.  There must have been at least 300 of them.  So I had to come back and get my camera.  I found out the best way you can shoot these is if you lay down on the ground.  NO WAY!!  NOT WITH ALL OF THOSE SPIDER WEBS!!  Plus the grass was very wet too.

So I did the best I could.  But I found some magnificent webs to photo as I was walking along.  You know I hate spiders, so I don't know WHY I want to photo their webs and even some times THEM!!! 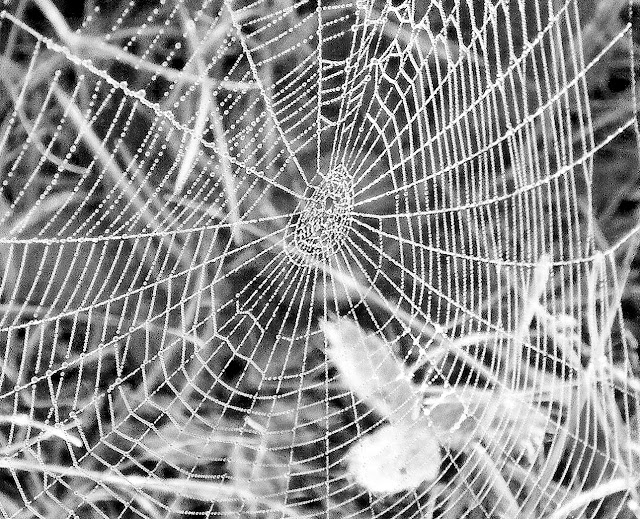 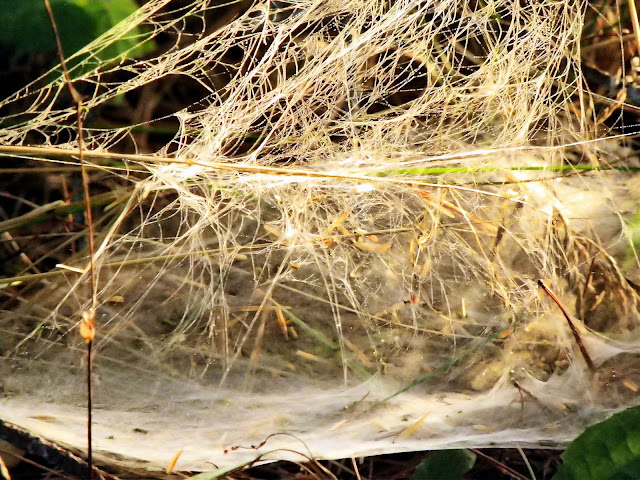 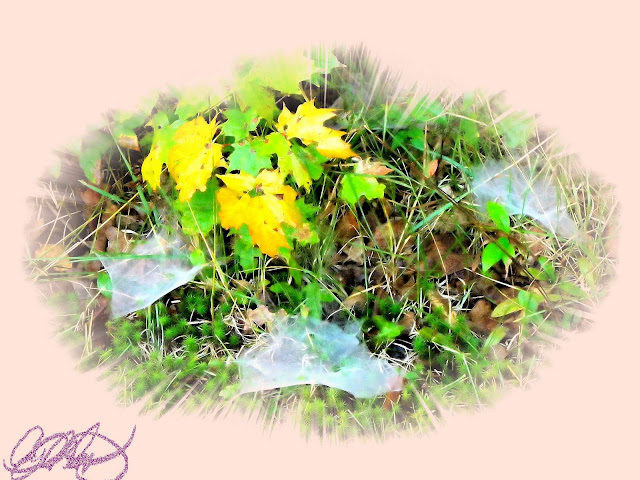 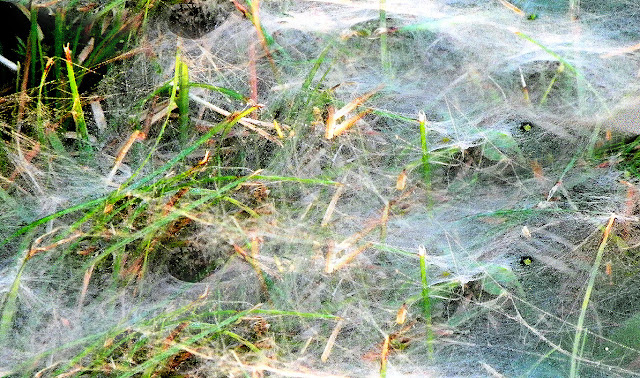 Posted by Cathy Clementz at 8:11 AM