Soon, the mornings of lounging in bed until at least 8:30 a.m. will be behind us.


Soon the mornings of being greeted by the sun rising over the lake and shining through the pine trees will be behind us…well, me anyway…that is the view out of the window on my side of the bed.

And soon, the mornings of seeing a tree that is about to blossom (still think it is a dogwood!) out the window at the foot end of the bed will be behind us.

Sigh….in 3 days we will be on the road and homeward bound. Back to reality. Back to HARD work. Back to saving everything we can so we can do this all over again starting in October (6 months, roughly 169 days).

This trip has been especially good for us to re-energize ourselves and get ready for whatever type of guests and business (or lack of business due to gas prices??). We are SO ready to get on with the next chapter in our lives, which includes retirement. But that will depend on the economy and finding the right buyer for our park.

So, the Last Hoo-Rah for us in Georgia for this trip was Wednesday.

We took a trip Tuesday to the Etowah Indian Burial Mounds only to find out they are open Wednesday through Saturday (budget cuts). Tuesday was a very hot, sunny day with NO breeze at all.

Wednesday, we made the journey back. Another very warm day, partly cloudy and thank goodness, VERY windy. It would have been extremely warm out there in the field where these Indian mounds are if it hadn’t been for that strong breeze.

These are the next to the largest Indian Burial mounds in the U.S. The first is in Illinois, but in the 1800’s farmers removed a lot of the top dirt from the mounds for their farm ground. But as far as I know they are still the largest.

From there we went in search of the Euharlee Covered Bridge. I’m a nut over covered bridges and old mills.

This bridge was built in 1881 by Washington W. King. It is 137.6 feet long by 16.35 feet wide, and the truss is Town Lattice style. This bridge goes over Euharlee Creek.

Except for some graffiti on one end of the bridge, this covered bridge has been well maintained by the local folks. In 1997 a museum opened in the old cow shed near the bridge. There is a lot of interesting stuff in that little museum (especially the woman who operates it!!)

The bridge is located adjacent to the ruins of an old mill once owned and operated by Daniel Lowry who owned most of the land around the bridge and also allowed the builders to use rock from his land to build the piers of the bridge after high water swept a previous, lower bridge away. According to Thomas and Edward French in Covered Bridges of Georgia "He also helped to rebuild the wooden structure. Due to the fact the bridge was swept from its foundation and perhaps came to rest against the mill's south wall, it may have been salvaged. This could account for the numbering of the web members of the town lattice trusses."

According to the North Georgia Journal a previous bridge collapsed causing the death of a local man, Mr. Nelson, a mule and a horse. His two young sons emerged from the disaster unscathed. This led to the eventual construction of the present, much sturdier bridge by W.W. King (with perhaps some help from his father though Horace was ill at the time).

After enjoying some time at the bridge, we headed back to Cartersville for our last pick of our restaurant. We had settled on the Stevie B’s Pizza.

Upon entering, we found out that they offer a Sr. discount for anyone age 55 and older! We didn’t know that the time we were there before. Must be they think Srs. (and kids under age 5) don’t eat too much! Well, actually we did not because we knew that we were really going to splurge by going to Brusters for a hot fudge sundae.

First we had to swing by Radio Shack to pick up the batteries they had ordered for us for our 2 way radios.

THEN, with full tummies in tow, we drove the couple of miles to Brusters. Their hot fudge sundae is totally delicious and absolutely decadent. In fact, I couldn’t even finish mine…and I NEVER let anything chocolate go to waste! And in order to try to even be a little more calorie conscious, before I even took my first bite, I gave Dan all the whip cream off from my dessert. Needless to say, no one had to cook supper.

And, we burned off those calories BEFORE we ate them…see these steps??? Ascending these steps takes you to the top of the first Indian Burial Mound. What goes up….must come down…which was a helluva lot easier than going up!

I'M ABOUT READY TO GIVE UP! I had these photos in the order I wanted them, but when they appeared they were not...and they won't let me move them!  You can figure it out!  Sorry!!!
The first photo here is the 2nd largest mound.  We were standing on the largest mound looking across to this mound. 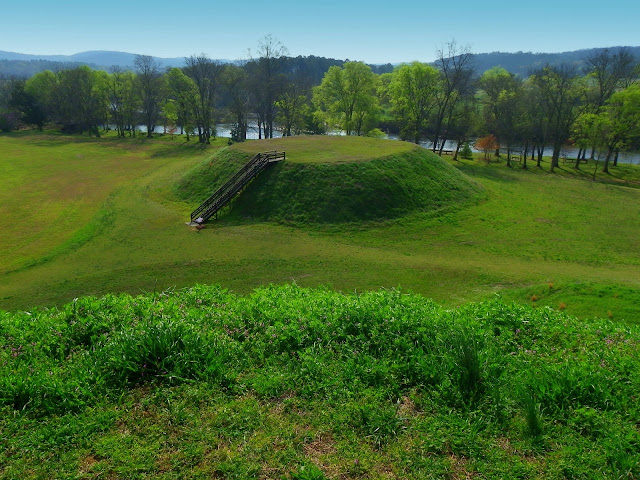 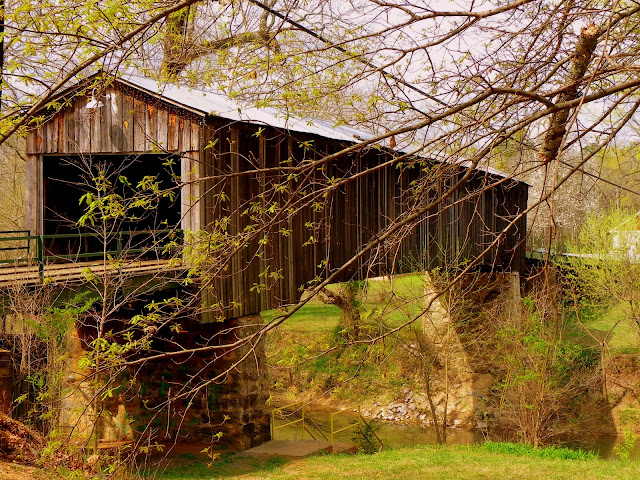 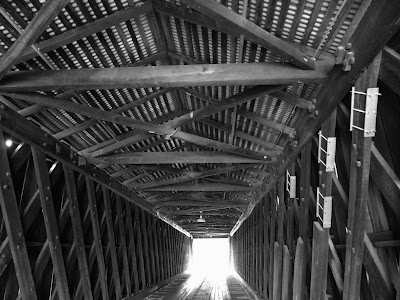 This is an inside shot of the covered bridge.  I LOVE the lattice work. 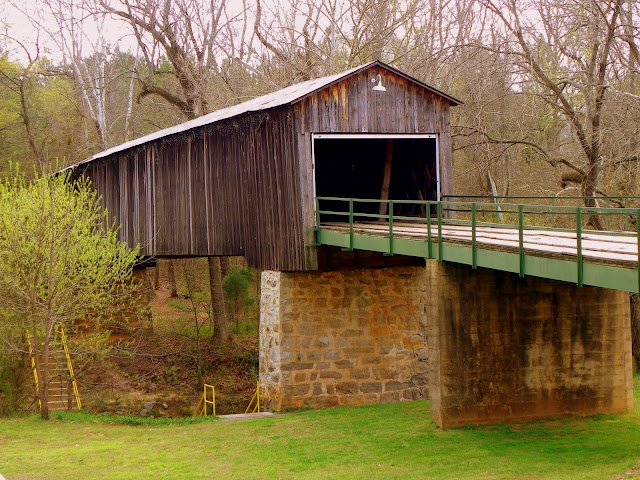 ﻿
The steps go to the top of the first mound. 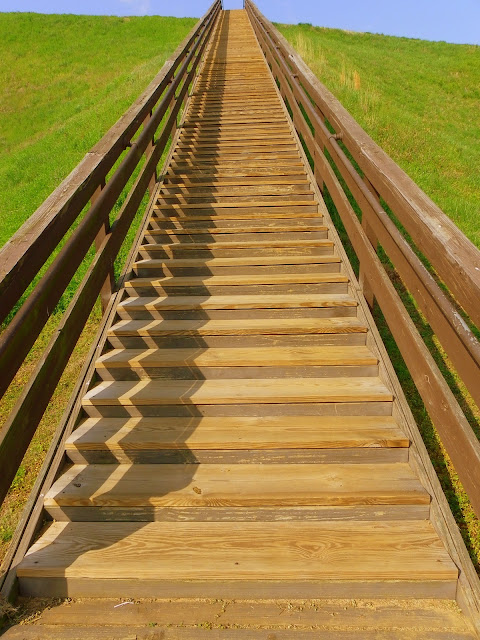 This is the first mound, the largest one, seen from a distance.  (photo below) 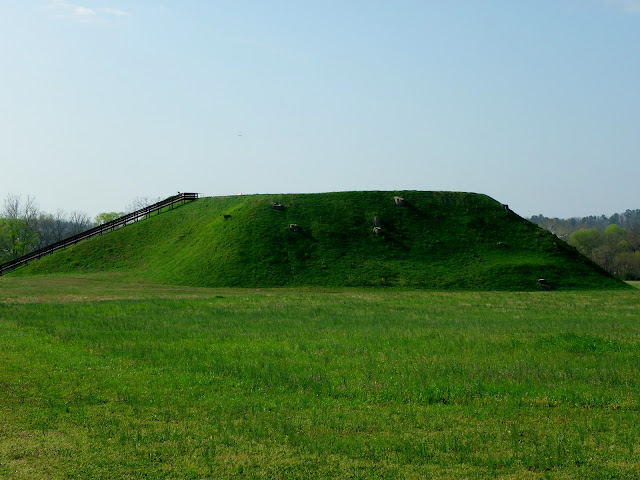 Posted by Cathy Clementz at 9:14 AM