Dan is not a cat fancier by any stretch of the imagination.  I'm not sure when this happened as I know as a child, his farm family had lots of cats.  They milked cows so there were always cats around at milking time.

When we go to visit our son and daugther in law and grandkids in Charlotte, Dan barely tolerates the attention that he receives from all of their cats.  It is like these cats KNOW to bug him.  He doesn't seem to have an issue with my daughter's two cats but I think that is because they pretty much leave him alone and entertain themselves, putting on a clown show to endear themselves to the newcomers.

But, since we have been here, there is a black cat that comes around.  She (don't really know if it is a she or not, but that's what I'm going with) has a bad back leg and limps on it.  Other than that she looks like she does find meals.  We don't think she is an indoor cat because she is so flighty.  I think she may have been abused because she IS so scared.  Even the birds leaving the bird feeder make her jump.

But we've been putting any leftovers out for her and if I don't have left overs I come up with something.  Dan actually thought about purchasing some cat food at the store yesterday but decided we wouldn't go that far.  Who will take care of her when we leave, ya know? 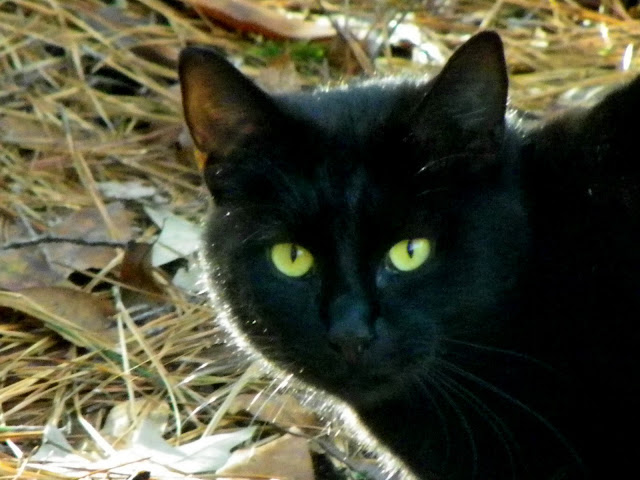 And this is what she looks like now after being fed every day; 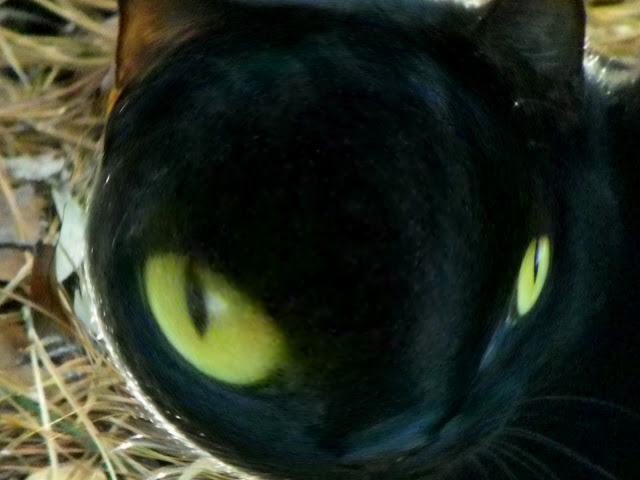 I'M HAVING FUN WITH MY NEW CAMERA!!
Posted by Cathy Clementz at 11:22 AM